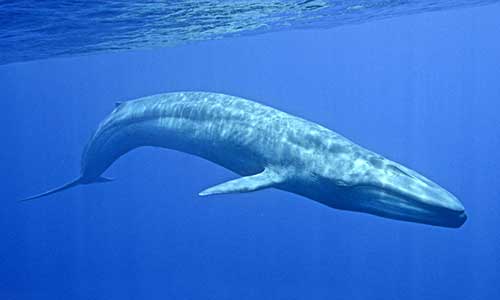 The blue whale (Balaenoptera musculus) is a marine mammal belonging to the baleen whales (Mysticeti). At up to 30 metres (98 ft) in length and with a maximum recorded weight of 173 tonnes (191 short tons) and probably reaching over 181 tonnes (200 short tons), it is the largest animal known to have ever existed. 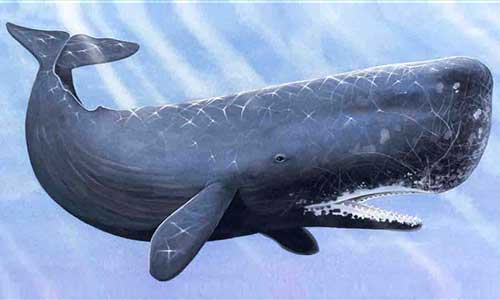 The sperm whale (Physeter macrocephalus), or cachalot, is the largest of the toothed whales and the largest toothed predator. It is the only living member of genus Physeter, and one of three extant species in the sperm whale family, along with the pygmy sperm whale and dwarf sperm whale of the genus Kogia. Mature males average 16 metres (52 ft) in length but some may reach 20.5 metres (67 ft), with the head representing up to one-third of the animal's length. Plunging to 2,250 metres (7,382 ft), it is the second deepest diving mammal, following only the Cuvier's beaked whale. 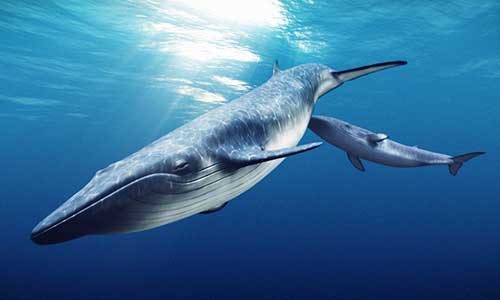 The fin whale (Balaenoptera physalus), also called the finback whale, razorback, or common rorqual, is a marine mammal belonging to the suborder of baleen whales. It is the second-largest animal after the blue whale. The largest reportedly grow to 27.3 m (89.6 ft) long with a maximum confirmed length of 25.9 m (85 ft), a maximum recorded weight of nearly 74 tonnes (73 long tons; 82 short tons), and a maximum estimated weight of around 114 tonnes (112 long tons; 126 short tons). American naturalist Roy Chapman Andrews called the fin whale "the greyhound of the sea... for its beautiful, slender body is built like a racing yacht and the animal can surpass the speed of the fastest ocean steamship. 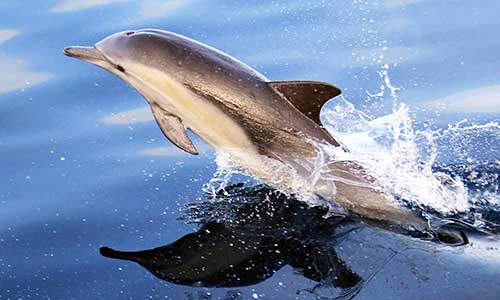 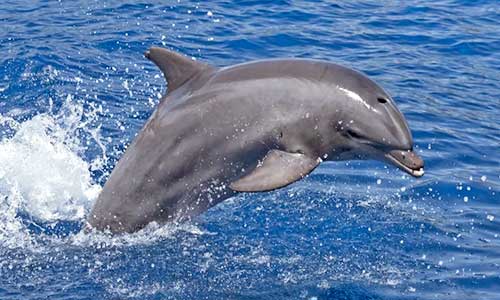 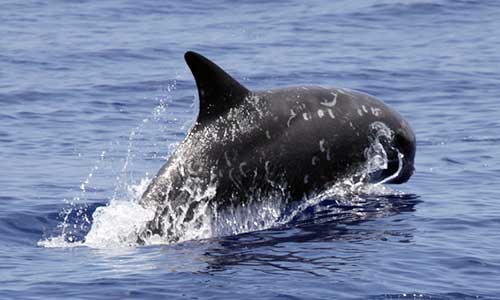 Risso's dolphin is named after Antoine Risso, whose description formed the basis of the first public description of the animal, by Georges Cuvier, in 1812. Another common name for the Risso's dolphin is grampus (also the species' genus), although this common name was more often used for the orca. The etymology of the word "grampus" is unclear. It may be an agglomeration of the Latin grandis piscis or French grand poisson, both meaning big fish. The specific epithet griseus refers to the mottled (almost scarred) grey colour of its body. 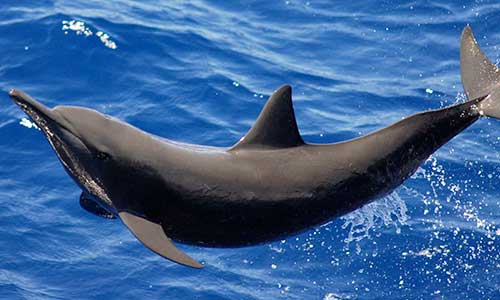 Spinner dolphins are small cetaceans with a slim build. Adults are typically 129–235 cm long and reach a body mass of 23–79 kg. This species has an elongated rostrum and a triangular or subtriangular dorsal fin. Spinner dolphins generally have tripartite color patterns. The dorsal area is dark gray, the sides light gray, and the underside pale gray or white. Also, a dark band runs from the eye to the flipper, bordered above by a thin, light line. However, the spinner dolphin has more geographic variation in form and coloration than other cetaceans. In the open waters of eastern Pacific, dolphins have relatively small skulls with short rostra. 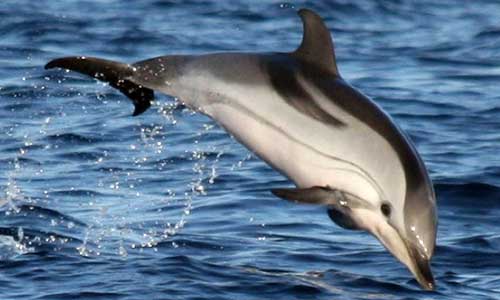 The striped dolphin is one of five species traditionally included in the genus Stenella however, recent genetic work by LeDuc et al. (1999) indicates Stenella, as traditionally conceived, is not a natural group. According to that study, the closest relatives of the striped dolphin are the Clymene dolphin, the common dolphins, the Atlantic spotted dolphin, and "Tursiops" aduncus, which was formerly considered a subspecies of the bottlenose dolphin. The striped dolphin was described by Franz Meyen in 1833. The specific name coeruleoalba (from Latin caeruleus 'dark blue' and albus 'white') refers to the characteristic blue and white stripes on the flanks.